I am pleased to write this reference letter in support of Maryam Sayed’s application for the Rhodes Scholarship. I have known Maryam for over two years at the New York University Abu Dhabi, Abu Dhabi (NYUAD). I first met her as one of the students undertaking the course titled “Developing the Short screenplay,” where she started working on her thesis film titled “The Separation.” I can confidently affirm that Maryam is a young lady with clarity of mind who possesses the ability to analyze situations and develop thoughtful opinions on very complex social and cultural issues. She is honest, zealous and of good character.

One thing I appreciate about Maryam is her commitment to academic goals which she demonstrated while working on her films. She spent a lot of time researching the subject matter and her connection to the subject matter is evident in the work and very commendable. Based on what she did, I encourage her to continue to research and explore this topic in future projects. Despite the challenges associated with film scriptwriting and film production which Maryam also encountered while working on “The Separation,” she still went ahead to produce another film “Advanced Directing” in my own class. On assessing the film, I was highly impressed and even commended her approach to filmmaking as a way to explore social issues such as prejudice and representations of groups in society. I also had the opportunity to observe the high level of professionalism, generosity and creativity she brought to her film set. She has also featured very good interpersonal communication skills creating a positive and productive atmosphere among her peers. She directed a challenging film and was very successful in handling many child actors.

There is no doubt that the willingness of Maryam to learn and her determination to be hardworking propelled her to succeed in her secular and academic endeavors. I am quite sure that her brilliant performances are not a function of what she was taught in the class alone, but accepting film making and acting as her talent, and doing her best to build on the talent has helped her immensely. Furthermore, she is open-minded and always ready to seek other people’s opinions or views before making the final decision. I could remember that she seeks my professional advice regarding her projects and other academic-related issues, and she implements them wisely. In addition, to learn more about film techniques, Maryam has to further develop her cinematic visual language in order to be able to engage the viewers and enable them to relate to her characters and their situation.

Maryam is really interested in continuing to study the themes she looked at for her Capstone Project; problematic perceptions and representations of groups of people (in the media), and stereotypes and bias, particularly those of and towards the Middle East. Her aim, in the long run, is to be able to contribute to the discourse and to solving these issues, thus promote fairer depictions and understanding of people and using media to unite rather than divide. All these will promote unity, eliminate discord among people, and ultimately to build and maintain a peaceful and harmonious society or community within UAE and beyond.

Additionally, Maryam has taken a few leadership positions and she performed excellently. She also used the influence of her position to affect her environment positively. For instance, being one of the executive members of the NYU Abu Dhabi UAE Club, she used bulletin boards, pamphlets and organized events to educate the University community. Maryam on behalf of her club collaborated with other clubs such as NYUAD South Asia Club, Africa Club, and Vegetarian Club to organize events to promote the United Arab Emirates’ history, culture, language, food and figures. Moreover, due to her kindness and the love she has for humanity, Maryam was involved in some volunteering activities which have benefited children, youths and adults.

Maryam Ahmed is a student that gives all her best to everything she does. Her interests and dedication made her stand out among many students at the NYUAD. I am confident that she will be an outstanding, devoted ambassador of her country at Oxford University as a Rhodes Scholar. She has my highest recommendation and I will be glad if her application is considered. 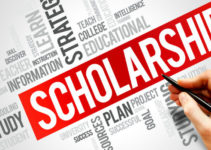